After requests from several readers, Stories From Scarborough is aiming to add some new attractions to its growing list. In order to do this effectively, the project needs your help!

Have you ever been to, or do you know anything about the following former attractions:

Scarborough’s Corner Cafe opened on June 5th, 1925. It was opened by the then Mayoress. Located on the corner between Peasholm Gap and the North Sands, there couldn’t be a more suitable place for a cafe during the busy summer season.

Above: The early days of the Corner Cafe (from the author’s collection)

In 1967 it hit the news courtesy of an incredible miniature railway exhibition that consisted of 100 trains, an entire mile of track, 8000 tiny people (models naturally!) and a whole array of landscapes based on real and imaginary places. Designed by Mr Bertram Otto it cost £6000 to build and attracted 100,000 visitors over the first summer season on display. Following this success the cafe became a popular club venue, hosting live music and entertainment. Singers, acrobats and folk groups all joined the bill, and the venue had a reputation for showcasing local talent as well as bigger names. It was demolished in 2007 and replaced with apartments and shops, although the cafe itself closed a number of years earlier.

In 1963 local amusements king Albert Corrigan engineered the Scalby Mills Development – which involved the creation of various family-friendly attractions, including a cafe, paddling pool and astroslide. The complex was built at the far end of Scarborough’s North Sands.

Above: Entertainment for all at Scalby Mills (source)

This attraction required the land to be levelled, and in the process Scarborough lost local landmark Monkey Island, and the North Bay (Miniature) Railway terminus changed accordingly. However, the site was once again developed to make way for today’s Sea Life Centre, which opened in 1991, and remains a popular attraction to this day.

3) The World Of Holograms 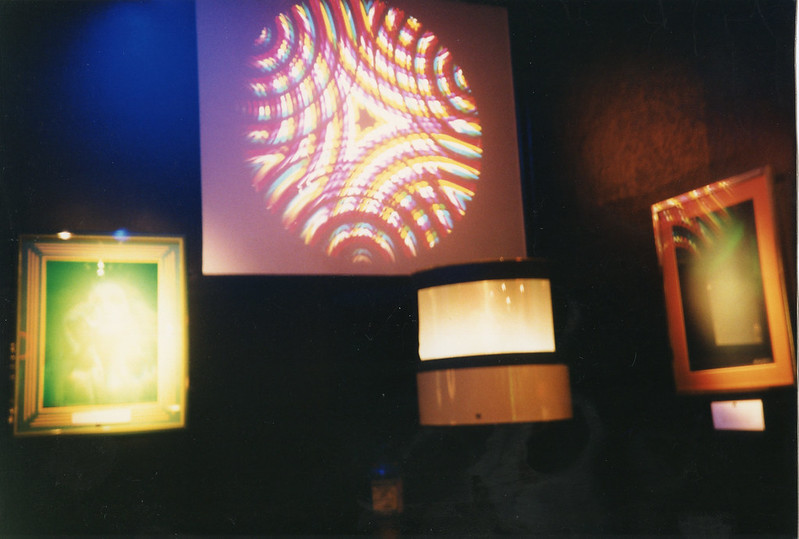 Above: The World of Holograms in 1992, donated by Leonie (source)

Stories From Scarborough has thus far been unable to establish the dates of operation for this attraction, or indeed any substantial amount of information about it.

A popular summer evening event at Peasholm Park, the Tree Walk, or Tree Walk Wonderland as it was otherwise known opened in 1953 at the cost of £7,000.

It was the most amazing place to visit. On the island in Peasholm Park. Only able to visit at night. Had to pay to cross the bridge, high bridge walks amongst the trees and illuminated scenes, some moving. It was magical as a child. We were allowed to visit on our last night before going home, if we had been good.

This attraction enjoyed great success, particularly in the 1960s and 70s, but eventually closed in 1990. It took visitors up onto the island at the centre of Peasholm Lake where they could view a number of illuminated displays. Even the waterfall had its own set of coloured lights.

Above: Some of the illuminations; from a distance (source)

A wacky attraction on the seafront, on the South Side, where visitors could confront backwards escalators, wobbly floors and a whole range of hilarious obstacles. Its signage was red and yellow. The Madhouse caused controversy in 1981 by displaying a waxwork model of Yorkshire Ripper Peter Sutcliffe – according to the Scarborough News, this attracted many complaints. Dates of opening and closure have so far eluded Stories From Scarborough.

The inclusion of these attractions in the project will depend upon the availability of information and sources. This is where you, the readers can really help. No matter how vague or uncertain the memory, even if you recall a snippet or a single sentence, please send it in. Every lead is potentially helpful, especially given that many of these attractions are not very well documented.

The information on this page comes from readers and old newspaper articles in the Scarborough Room at Scarborough Library.