The arrival of the Hispaniola in Scarborough during the summer of 1949 was preceded by a storm of excitement and anticipation. Children in particular were thrilled at the prospect of sailing on the famous pirate ship; star of Treasure Island. This quarter scale schooner was designed by a Mr B Lawrenson, and constructed by Charles Pearson Ltd – a company based in Hull. 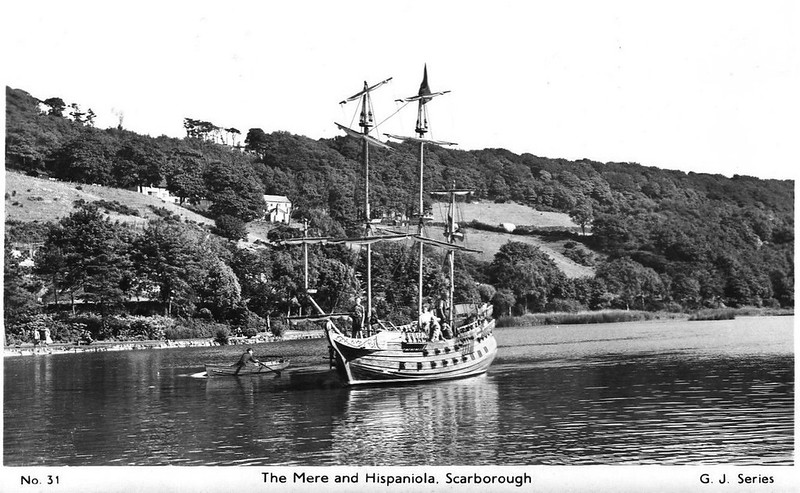 Above: The Hispaniola sailing on the Mere (Stories From Scarborough Image Archive)

None more so than a little boy called George Colin Spurr. Aged only five years old, he eagerly travelled from his home at 6 Hinderwell Place to Scarborough Mere, every morning, at 6am, to await the arrival of the pirate ship. This early morning ritual was repeated daily across the fortnight preceding the launch of the boat. Scarborough Evening News, who reported the story, did not mention who (if anyone!) accompanied George on this ritualistic vigil. 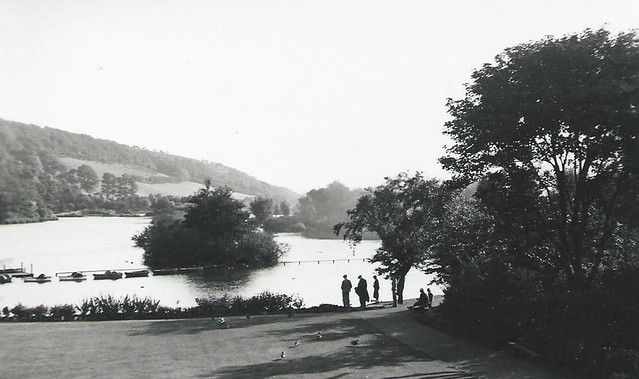 Fortunately for him, the Hispaniola did finally arrive at the Mere, and made its first voyage on Saturday, June 18th, 1949. And George was there, waiting; his presence described by onlookers as follows:

The small boy’s obsession with all things nautical was no coincidence. His elder brother had recently served in the navy, and had apparently bequeathed his cap – emblazoned with the ship name HMS Barham – to his younger sibling. George proudly wore this cap during his trips to the Mere, and apparently planned to follow in his brother’s footsteps. Perhaps his dutiful watch for Long John Silver’s boat was a demonstration of his commitment to a future career at sea?

However, there was a flaw in George’s plan to sneak aboard the brand new ship – invitations for the maiden voyages were by council (Scarborough Corporation) invite only.

Fortunately passengers and crew decided to take the young lad aboard on one of the first trips to Treasure Island – as an official stowaway! One can’t help but wonder if the Hispaniola lived up to his high expectations…

All information in this post was sourced from old editions of local newspapers held at the Scarborough Room in Scarborough Library.