Some of Scarborough’s many stunning gardens have already been explored in Part I, including Clarence Gardens, the Italian Gardens and the Rose Garden. This post discusses Valley Gardens, Holbeck Gardens, and a few others.

In 1862, shortly after the rennovation of the Spa in the late 1850s, the nearby Ramsdale Valley became home to Valley Gardens. Initially these gardens were known as ‘The People’s Park’. The Scarborough Corporation made the decision to decorate each side of Valley Road, with rockwork, plants and flowers, as well as a small pool, which had previously supplied water to Scarborough’s corn mills, which had closed a decade earlier. 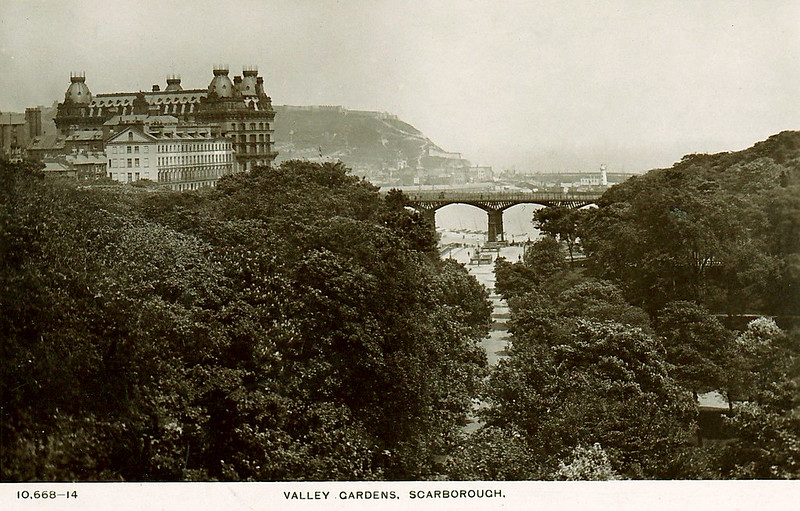 Above: Overview of Ramsdale Valley (source)

Below: The People’s Park, later known as Valley Gardens (source) 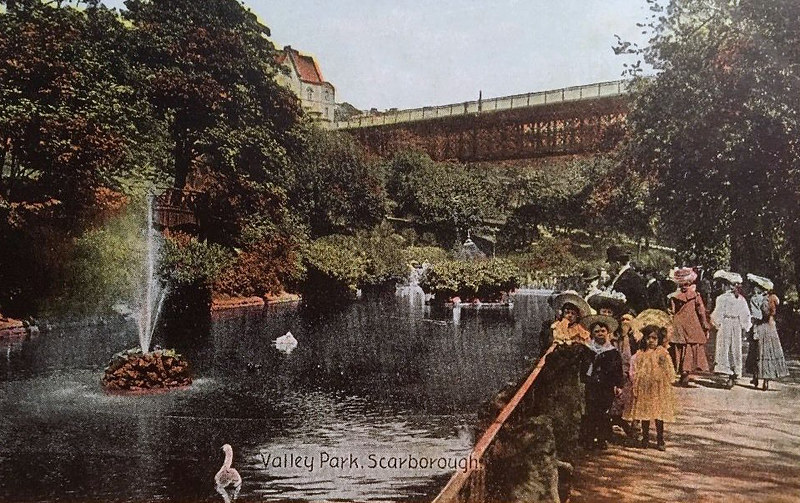 Complete with a jet d’eau, lily pond, swans and small island, the final addition came in the form of a skeleton iron bridge, bought by Robert Williamson, or rather rescued, from the River Ouse in York, into which it had fallen. Then known as Lendal Bridge, its reincarnation in Scarborough is now known as Valley Bridge (not to be confused with the Spa Bridge, which connects the Grand Hotel with the Spa).

Below: The bridge across the valley affords excellent views of the gardens (source) 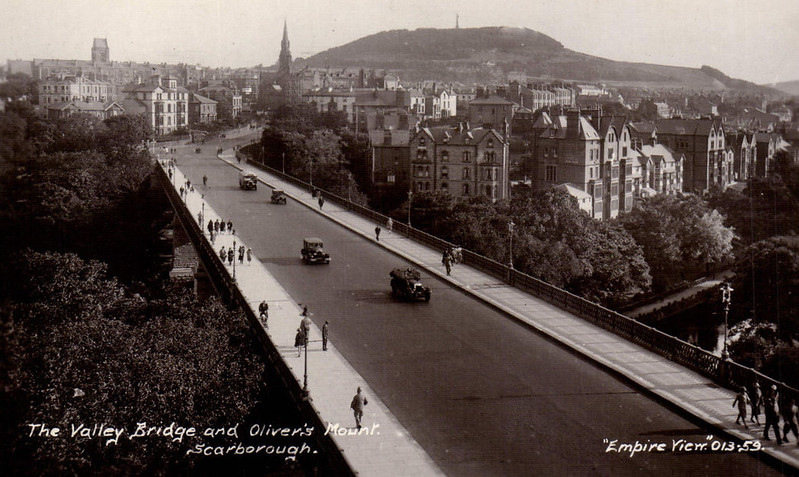 The Valley Bridge opened in 1865, just three years after the park, which was formally renamed Valley Gardens in 1912. There are more beautiful pictures of the park here, and the lily pond is pictured below: 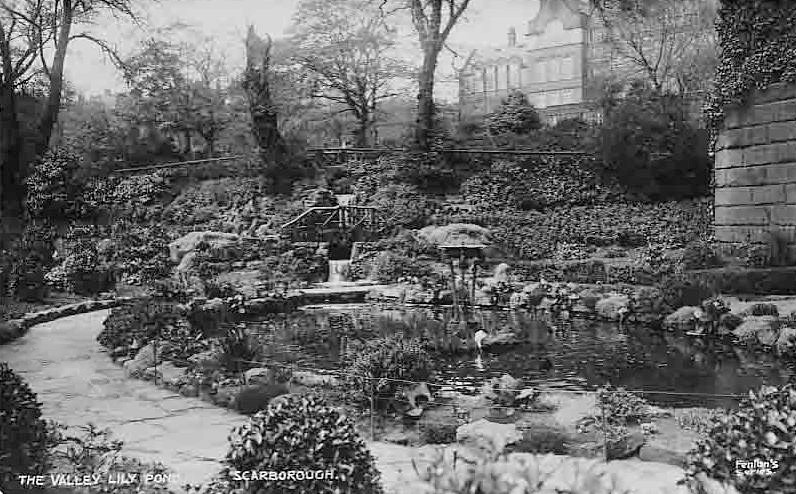 Above: The lily pond (source)

The Scarborough Corporation commissioned Holbeck Gardens in the late nineteenth century, and they were designed by William Skipsey. Starting just south of Dickenson Point, the gardens soon encompassed a vast network of winding cliffside paths that stretched all the way to the Esplanade. 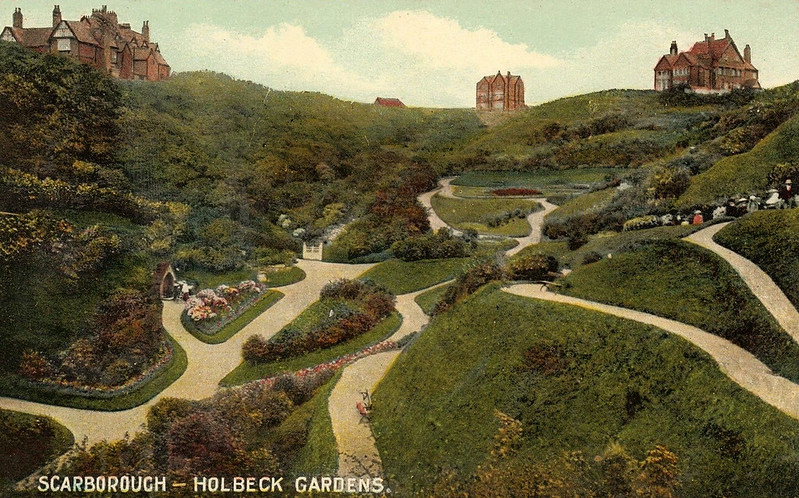 Above: Part of Holbeck Gardens (source)

On the left there is a touching memorial to a fallen soldier, and during the warmer months wild rabbits and squirrels can sometimes be seen on the grassy slopes.

Below: A view from the gardens towards the castle (source) 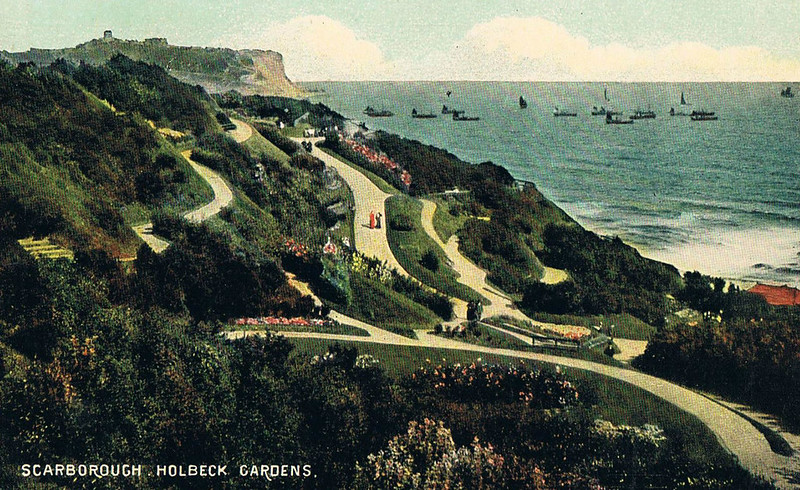 The paths lead all the way from the top of the cliffs to the beach below, and offer walkers enchanting views across the South Bay and Spa. However, the entrance to the vast network of paths is located next to the Esplanade. 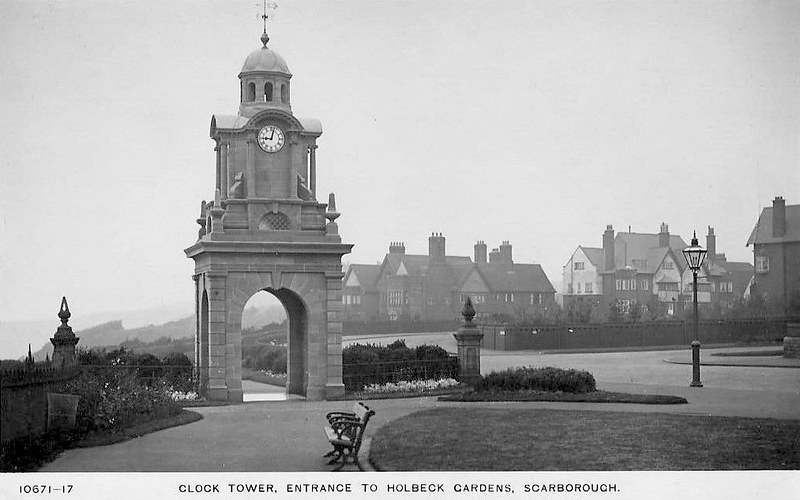 Above: The Clock Tower at the entrance (source)

When George V was crowned in 1911, a special clock tower was built on Scarborough’s Esplanade to commemorate the event, and this was then donated to Holbeck Gardens in the same year, by William Shuttleworth. At the end of WWI a putting green was also added close by.

Below: A stunning floral display next to the Clock Tower (source) 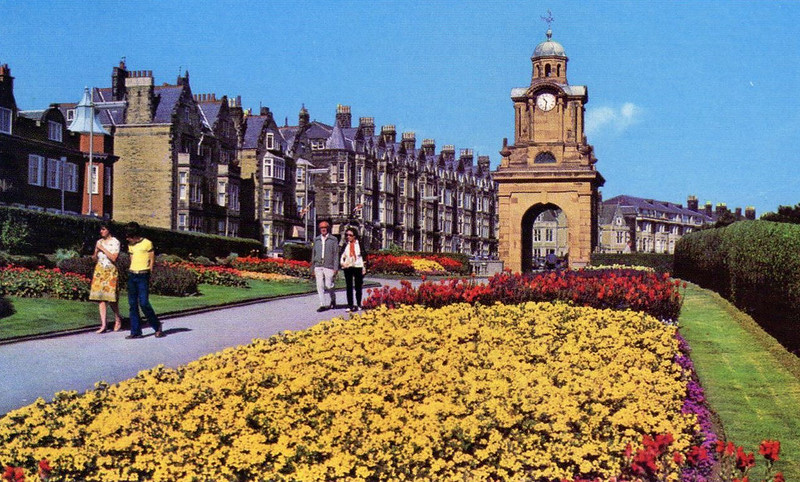 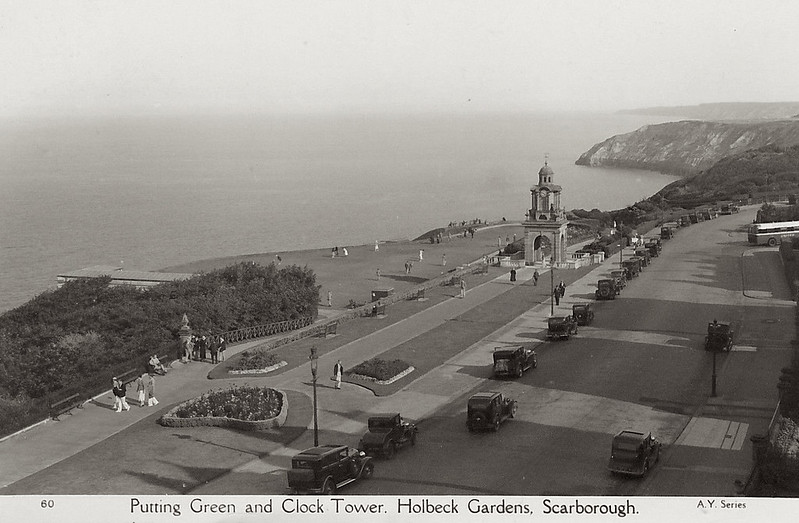 Although much of the gardens remains today, relatively unchanged, the furthermost end, closest to Holbeck Hall, has, since 1993, changed dramatically. 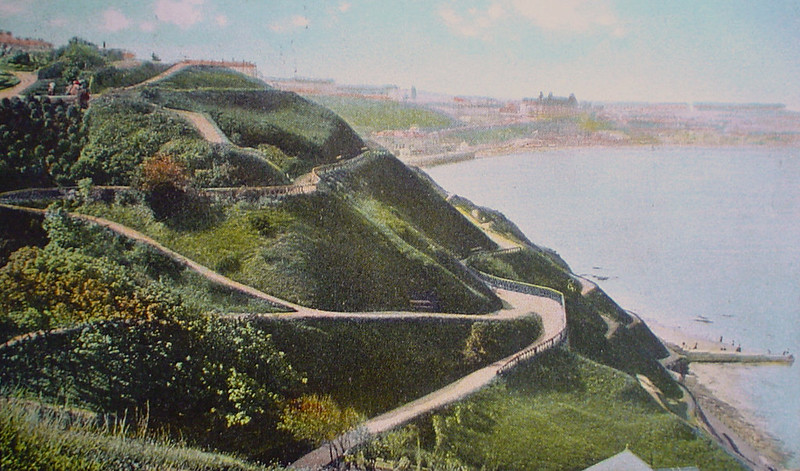 A landslide in 1993 transformed a large part of the gardens, and destroyed nearby Holbeck Hall. 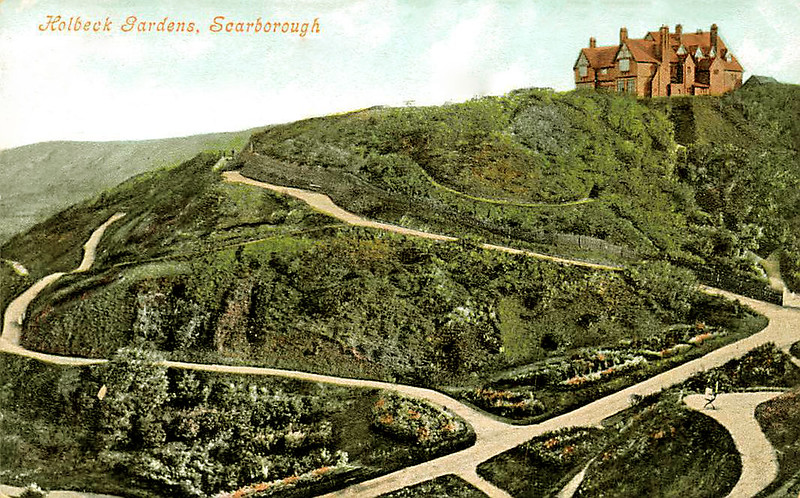 Built in 1879, by George Alderson Smith, Holbeck Hall was originally a private residence, eventually becoming a hotel in the twentieth century. The landslide began on June 3rd, following heavy rainfall, which eventually precipitated the collapse of the building two days later. Parts of the hotel fell into the sea, and the remainder was later demolished. Parts of the area still remain off limits to visitors.

As well as the clock tower, Alfred Shuttleworth was responsible for the miniature garden on the Esplanade. 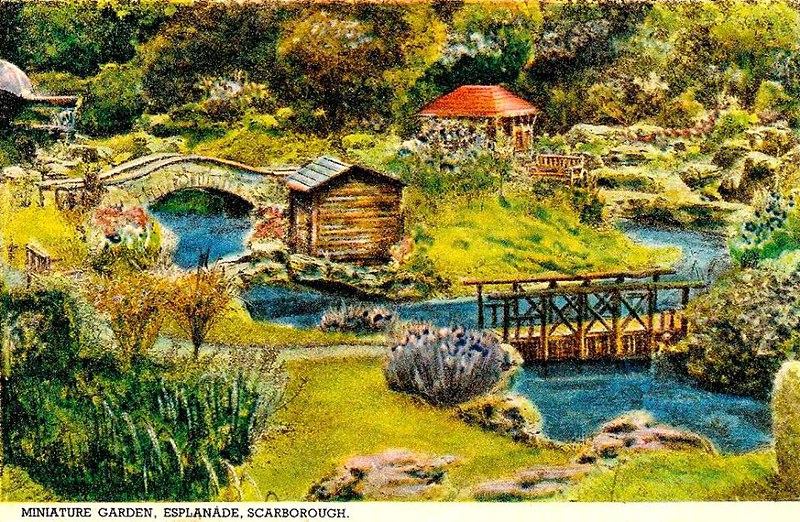 Above: The Miniature Garden (source)

This intricate little garden features several small buildings and bridges as well as a small stream. All of the above gardens, as well as those featured in Part I, will be covered in more details soon.

Which garden is your favourite? Do you remember the Holbeck Hall landslide? Share your memories/thoughts in the comments section below…