In the early 1900s a small shack stood at the corner near Peasholm Gap. Here visitors to Scarborough’s North Bay could buy refreshments, although the selection was somewhat limited. 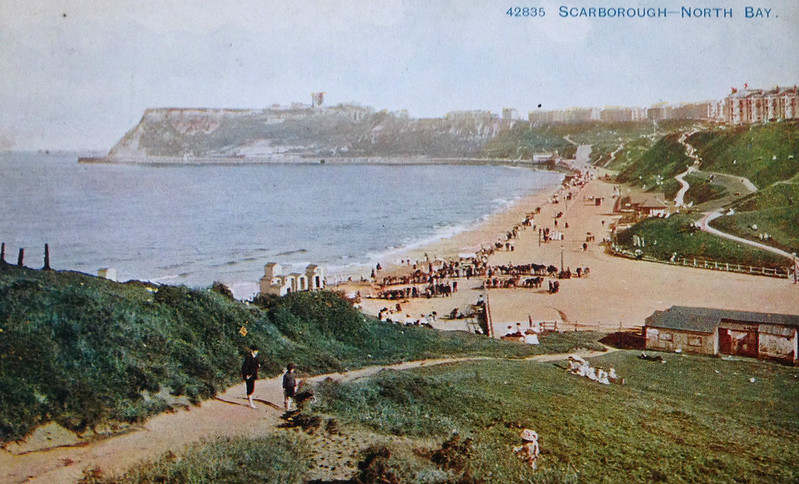 Above: The old shack is shown on the postcard above (Stories From Scarborough Image Archive)

Peasholm Park had just been built, and the North Bay Bathing Pool (and nearby Northstead Manor Gardens) were yet to exist. 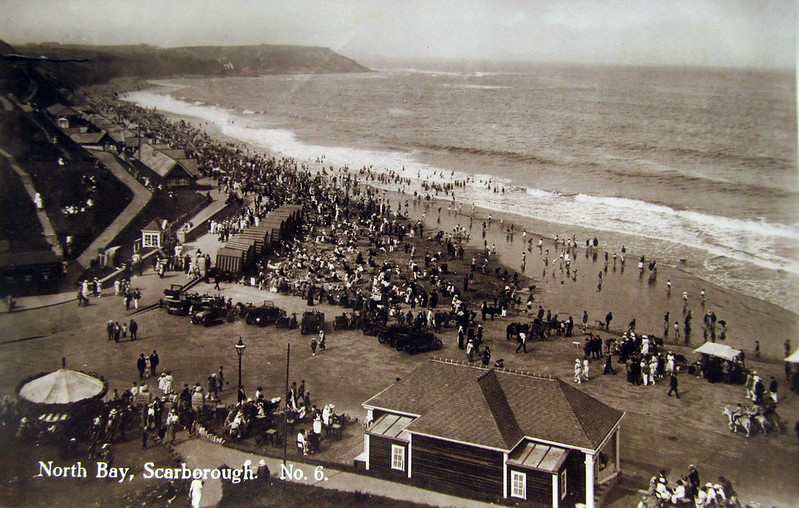 Above: Another view of the site in the early 1920s, as the area began to develop – (Stories From Scarborough Image Archive)

As Scarborough entered the 1920s, plans were brewing for an exciting new North Bay development; one which would eclipse the primitive shack and its meagre provisions. 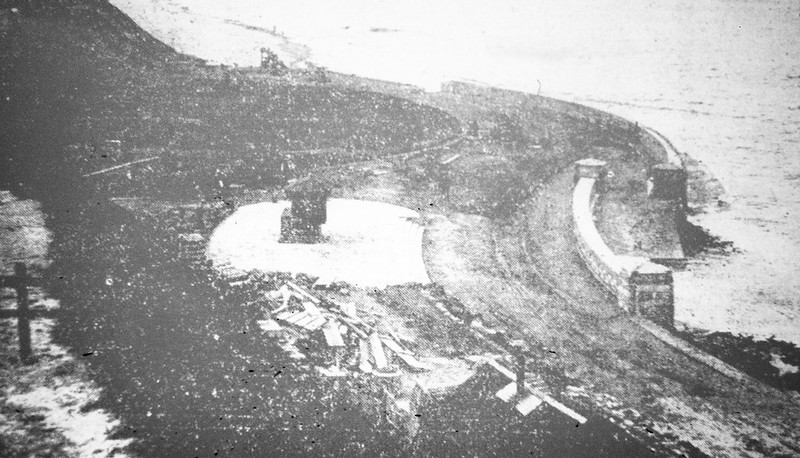 Above: The site shortly before building began in the 1920s (Stories From Scarborough Image Archive)

The Corner Cafe was originally scheduled to open in 1924, but construction took longer than expected, due, according to the Scarborough Mercury, ‘untoward circumstances’. Apparently there was some disagreement regarding extensions and/or amendments to the original building plans. That aside, the opening in 1925 (June 5th to be exact) was a grand and lofty affair. 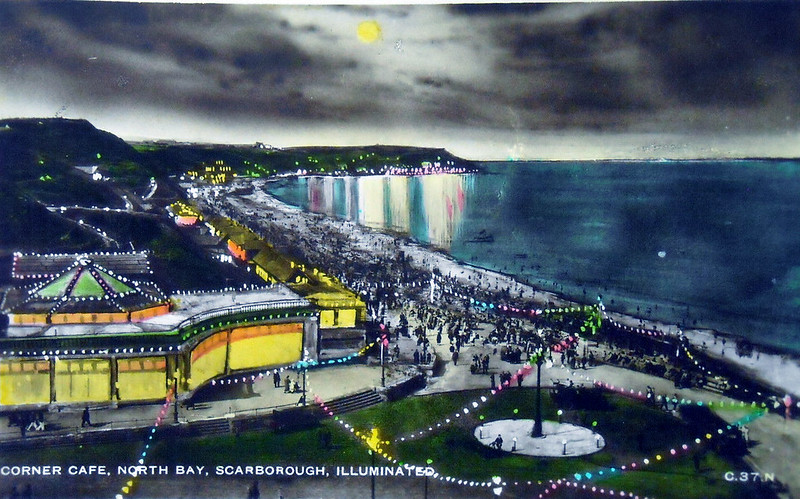 Above: The Corner Cafe in all its grandeur (Stories From Scarborough Image Archive)

The Mayor, Mayoress, Councillors and local dignitaries attended a civic ceremony, during which the building was opened with a golden key, and the manager’s daughter, Miss Betsy Riley, presented the Mayoress with a bouquet of flowers. A lengthy article in the Scarborough Mercury described the many speeches made in great length, and the various ‘labour-saving’ new kitchen devices that were demonstrated. These included machinery for dish-washing, and, for cutting and buttering bread electronically.

It is safe to say that all present were impressed by the splendid character of the building.

The Corner Cafe structure was built from reinforced concrete with a front face of artificial stone, complete with bronze windows, leaded lights, counters for ‘the confectionery trade’, and, a soda fountain. There was ornamental trellis work designed to host resplendent floral displays, and also:

[a] dome…constructed of fibrous plaster in white and gold…six hundred fairy lamps…a floor of terrazzo [with a] bold ornamental design.

Indeed, many paragraphs were devoted in local newspapers of the time to describing the cafe, which cost approximately £15,000 to build. That would amount to nearly £800, 000 today.

However, this was no ordinary humble cafe – this complex had a ballroom, a stage for an orchestra (and all kinds of live entertainment) and even spaces for shops.

The cafe boasted furniture of black, green and bronze, with enamelled cane and plate glass table tops, with enough space for 100 diners and room for 120 guests in the forecourt outside. The nearby soda fountain could accommodate 90, as could the ballroom, with the former characterised by its contrasting blue and white cane furniture. The staff were to be clothed in smart Corporation uniform, designed by Councillor Mrs Whitfield (and worn by all waitresses who worked for the forerunner of Scarborough Council back in the early 1900s). Even the crockery was emblazoned with the Borough coat of arms in blue, and it was from this that the first visitors to the cafe consumed their afternoon tea and listened to the orchestra in the brand new ballroom.

You can view the Borough Coat of Arms here.

By the 1990s the Corner Cafe, whilst still operational, was a shadow of its former self, and finally in 2007, the entire complex was demolished, to be replaced with another, ‘new’ development. Ballrooms, cane chairs and soda fountain have now been replaced by sea view flats, a convenience store and a modern cafe.

What do you think of the new corner complex? Do you remember the old one? Please comment or get in touch with thoughts, opinions and memories.