Floral Hall was a popular Scarborough entertainment venue, characterised by its resemblance to a large ornate conservatory. Located within Alexandra Gardens on Scarborough’s North side, this former attraction has recently been added to Stories From Scarborough at the request of readers. 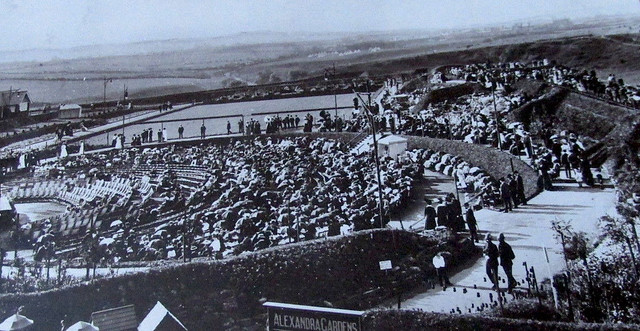 Above: An early picture of the theatre, before it acquired a roof (source)

In 1889, the Scarborough Corporation purchased the site under the name of Alexandra Field, as a protective measure to save the land from prospective building. Comprising a four acre site, the field remained little changed until Borough Engineer Harry W. Smith – architect of many a Scarborough treasure (the South Bay Pool, Peasholme Park, Northstead Manor Gardens etc) proposed a complex containing bowling greens, tennis courts and a space for open air entertainment.

As a entertainment space, Floral Hall had humble beginnings, being completely uncovered and often showcasing the popular pierrot shows that typically took place on the beach. 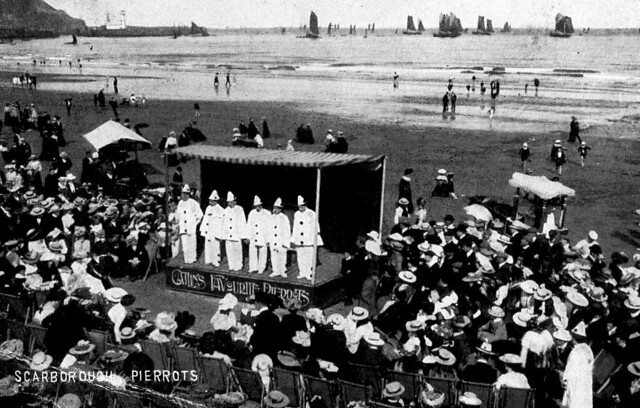 However, in 1911, Floral Hall, as depicted on many a picture postcard, was born. A more substantial concert pavilion was built, seating 1500 and with further space for standing audience members. The name was coined due to the hanging baskets, flowers and sub-tropical plants that decorated the venue. 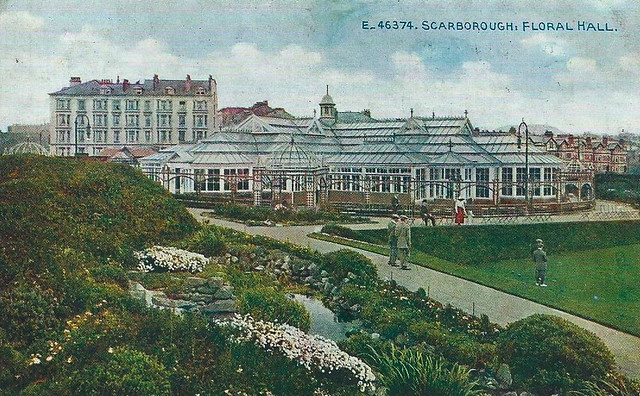 The addition of a ceiling prompted the development of a full scale, indoor concert hall, and presumably offered more adequate protection from the unpredictable British weather. Furthermore, as the popularity and complexity of shows grew, the flowers and shrubs were phased out to accommodate lighting and production equipment. 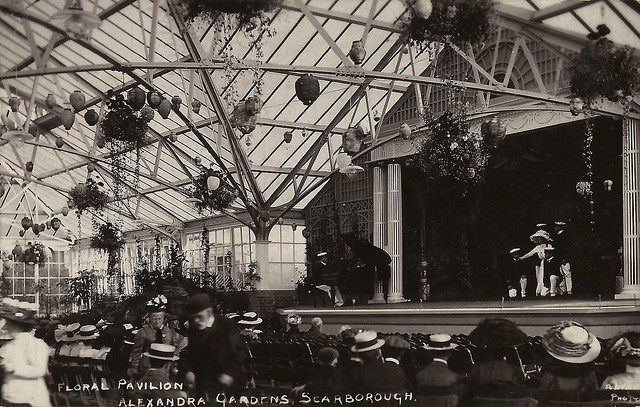 Above: Inside the venue before the gradual removal of the floral decorations (source)

During its heyday, Floral Hall attracted some of the top names in British entertainment, including Barbara Windsor and Kirsten Cooke. On the Stories From Scarborough Facebook Page, Beverley has kindly shared imagery and information about this, which are reproduced below:

Above: Image contributed by Beverley via the Stories From Scarborough Facebook Page.

1983 “The Mating Game” tour resumed after Pantomime in April. In July the show opened for the Summer Season at Scarborough’s Floral Hall- a 1,600 seater. Presented by Charles Vance in association with Newpalm Productions it starred Barbara Windsor, Jack Smethurst, Kathy Staff, Ian Masters and Kirsten Cook.http://www.its-behind-you.com/spotlightbarbarawindsor.html

This was probably the summer Barbara Windsor met her future husband, a Yorkshire (Scarborough I think) chef who was 19 years younger than herself. http://www.telegraph.co.uk/comment/personal-view/3583375/Bar-lady.html

Kirsten Cooke also appeared at the Floral Hall in a season of ‘Allo Allo, also in the 80’s but I can’t find much info about that. There is a ref. here to the stage show https://en.wikipedia.org/wiki/’Allo_’Allo!

(Above text: from the same source as above)

However, these lively years of excited audiences and popular performances eventually took their toll on the venue. Eventually the concert pavilion became structurally unstable, as noted by Susan on the Stories From Scarborough Facebook Page:

By 1987 Floral Hall had closed, and, with funds lacking for the necessary restoration work to make it safe, the structure was demolished two years later. The site is now occupied by Scarborough Bowls Centre.

Huge thanks to Beverley for the image and information, and to Susan and all the other people who have offered comments about Floral Hall on the Facebook Page. New comments, information and pictures are always welcome!