On May 25th, 1985, queues of excited children and families could be seen on Burniston Road in Scarborough. As clocks across the town struck 10am, Kinderland – the North Bay’s newest attraction – opened its doors for the first time. 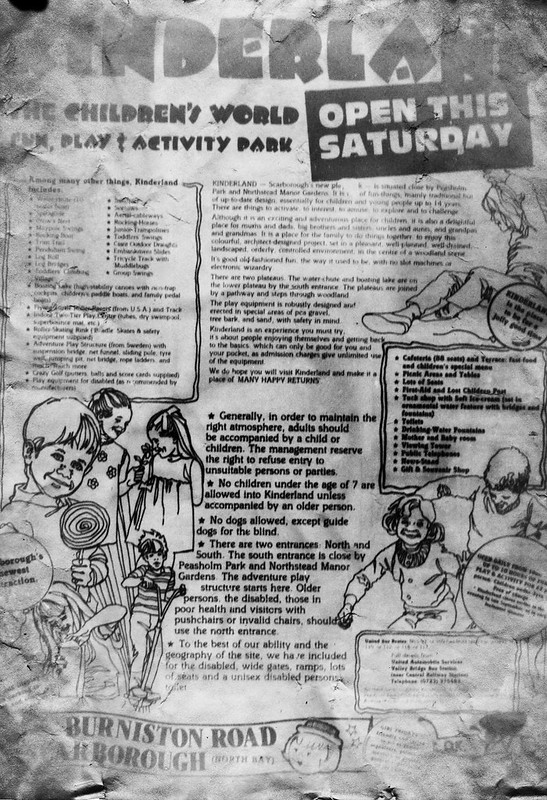 Above: An early advert for Kinderland from 1985 (Stories From Scarborough Image Archive)

It had been a nail-biting few days for Dudley Wallis (the park’s founder) and his team. Construction workers, impeded by poor weather, had been laying grass and installing fixtures up until midnight on May 24th. Some parts of the attraction, such as the swing ball and quoits games, were yet to be installed, and finishing touches were needed. Not only that, but the park had faced fierce opposition from local residents – from the early planning stages right up until the opening day.

Kinderland was dreamed up in the early 1980s, when founder Dudley Wallis was watching TV. A German attraction with the same title provided the name, and an idea formed that Wallis described as follows:

…good old fashioned fun, the way it used to be, with no slot machines or electronic wizardry.

However, Wallis was initially unsure about how he, as an adult, could truly imagine what the children of the 1980s wanted from a seaside attraction in Scarborough.

The problem in being 58 years of age is in seeing things through the eyes of a five-year old, so I have spoken to my own children about the design. I hope Kinderland will be an asset to the total holiday scene.

The attraction truly was a family affair, with Dudley’s brother Stanley and his mother Edith both contributing to the financial investment required to create the park. Funding was given a substantial boost by the English Tourism Board, who awarded a grant of £125,000. The Board’s chairman Duncan Bluck even arrived in a helicopter to tour the site on Burniston Road, award the cheque and plant a maple tree to mark his visit. The location of this tree was not specified – perhaps it still exists somewhere in Scarborough?

However, before building could commence in October of 1984, extensive plans were made. There was to be an indoor play area containing 47, 000 plastic balls and fibreglass slides. There would be new boats and canoes for the boating lake in Northstead Manor Gardens, which was leased out to Kinderland during the attraction’s tenure, along with the Water Chute – both this and the boating lake had been in existence since the 1930s. 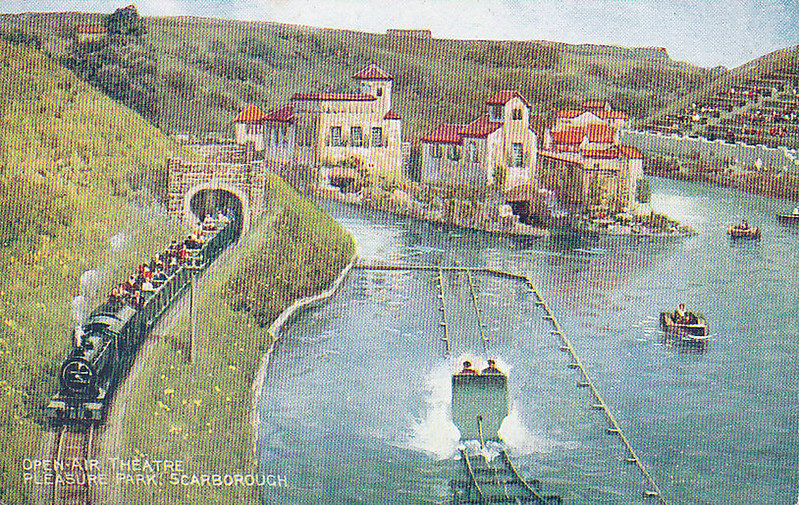 Above: The Water Chute was constructed in the 1930s (Stories From Scarborough Image Archive)

Kinderland was to be as visitor and family friendly as possible, with baby changing areas, a lost child point, first aid centre and extensive provision for disabled visitors, including wheelchair-friendly walkways and accessible entrances. Bizarrely Wallis also purchased 3 traditional red telephone boxes – in the 1980s many of these were being decommissioned and sold off. Bought for £500 apiece, these were placed around the park for the use of visitors.

The venue was capable of hosting 1450 people and was to have two entrances – one near to the Water Chute and the other further up Burniston Road. There were even plans to create a Kinderland Club, with savings to be had for frequent visitors and local Scarborough residents. 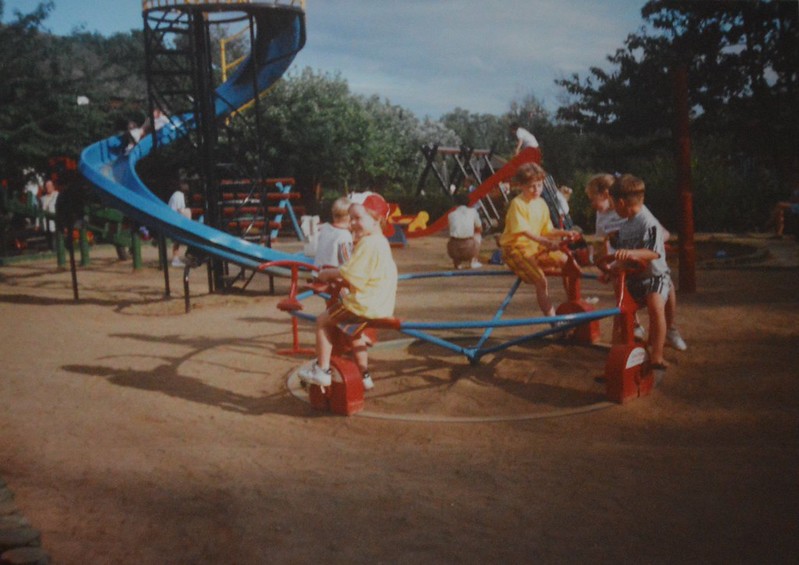 Above: Kinderland had plenty of frequent visitors (Stories From Scarborough Image Archive)

May 25th must have been an exciting day for the Wallis family – perfect weather and plenty of visitors, no doubt drawn in following an extensive advertising campaign that included numerous adverts in local papers and beyond. The North Bay was then becoming a tourist haven – Marvel’s, Waterscene, Peasholm Park, Manor Gardens and more. The area is a much quieter one today. 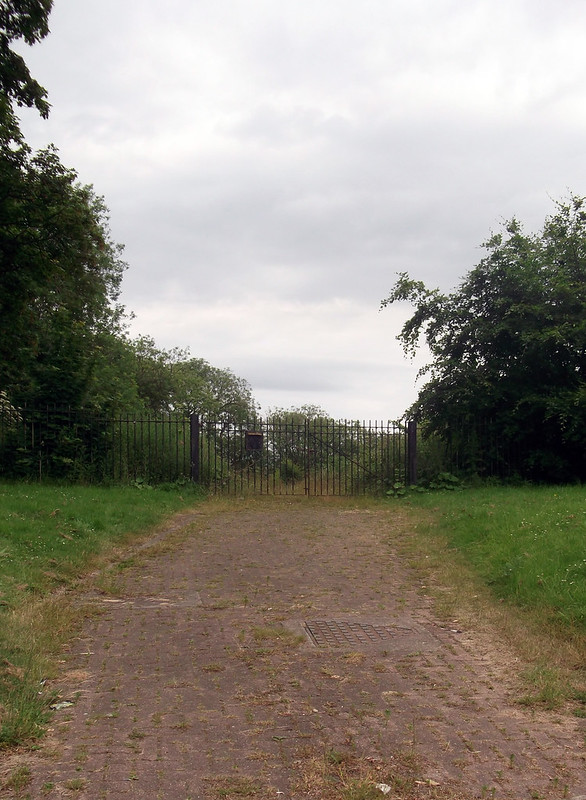 Above: Former entrance to Kinderland in 2014, seven years after closure (Stories From Scarborough Image Archive)

Courtesy of the North Bay Railway Company, visitors to Scarborough can still enjoy the Water Chute, but the gates leading to the former Kinderland site remain closed. Once a lively adventure park, and before that, allotments, this overgrown patch of land sits waiting amidst long held promises of re-development.

What do you think should be done with the Kinderland site? Did you visit when the park first opened? Do you remember the allotments that stood on the site before 1984? Please comment or get in touch. 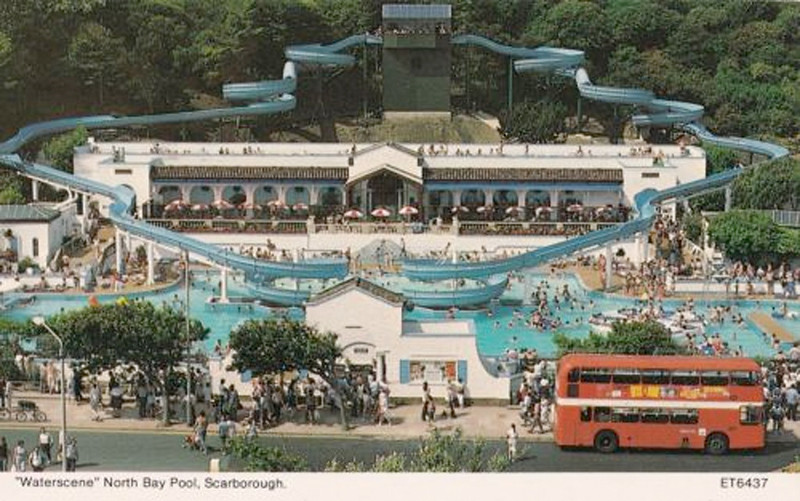 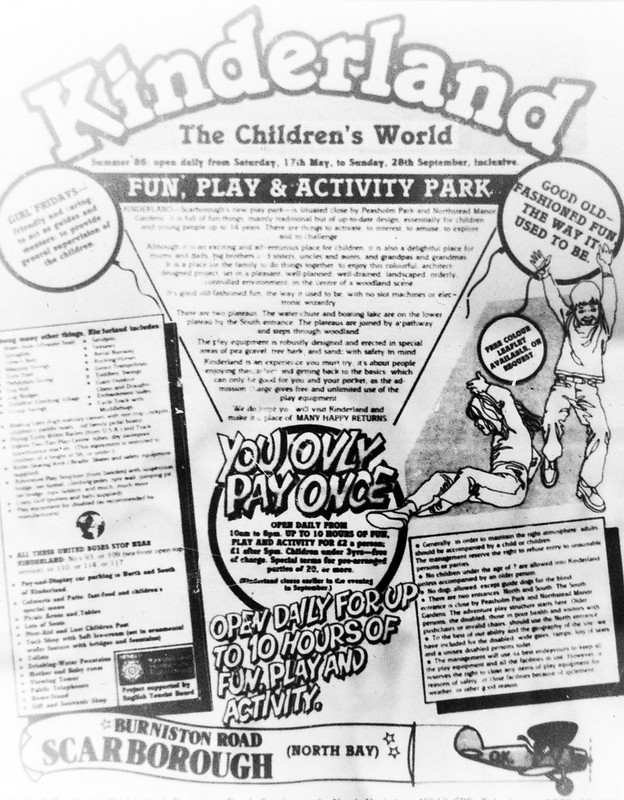