When Millennium officially opened in Scarborough at the start of June 1993, the attraction’s creator, Henry Marshall, issued an unusual statement:

This week [in Scarborough] we have had a death in the family….but we have also had a birth, with the Millennium.

The death he refers to is not of a person, but a landmark.

Holbeck Hall Hotel – a large Victorian building that stood on a cliff on the southern edge of Scarborough – collapsed during a landslide in June 1993. You can view pictures of what happened by clicking here.

This dramatic event made headlines across the UK, and somewhat overshadowed the opening of Scarborough’s newest attraction: Millennium. 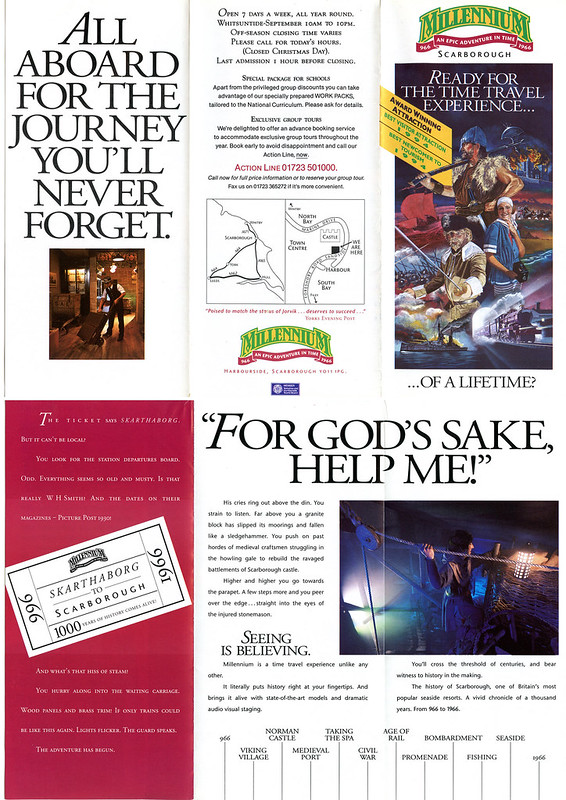 Above: The opening of the new Millennium attraction coincided with the loss of Holbeck (Stories From Scarborough Image Archive)

Built in 1879, by George Alderson Smith, Holbeck Hall was originally designed as a private residence.  Smith was reputedly warned about the unstable location of his new abode, but built it nonetheless. Fortunately for him, the prophesied problems arrived well over a century later, by which point the hall had become a hotel, owned by English Rose Hotels. The landslide began on June 3rd, following heavy rainfall, which eventually precipitated the collapse of the building two days later. Parts of the hotel fell into the sea, and the remainder was later demolished.

Although Millennium had been open to the public since the end of May, the official opening was scheduled only days after the collapse of Holbeck.

Consequently Henry Marshall found himself competing for publicity as local (and national) press became flooded with the tale of the disaster.

Above: A voucher for the new attraction, which was competing for coverage in the local press (Stories From Scarborough Image Archive)

Although the official opening of the attraction occurred on June 9th, visitors were able to sample ‘1000 years of Scarborough history’ in the preceding week also. Marshall worked hard on a comprehensive publicity campaign, which included invites sent to 36,000 primary and secondary schools across the country, with bookings pouring in from as far afield as Aberdeen and Kent. Schools in Peterborough and Buckinghamshire were the first to secure their places, but the very first visitors were in fact two ladies from Batley, who happened to be holidaying in Scarborough at the time the attraction opened! 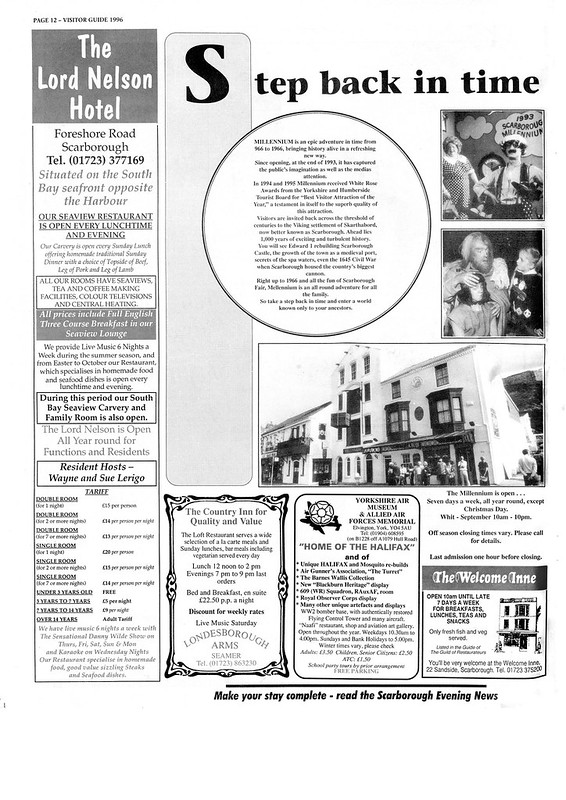 Above: A visitor guide profiles the attraction (Stories From Scarborough Image Archive)

Local hoteliers were also invited to sample the attraction, and Marshall injected some star quality by securing the support of famous Scarborian playwright Alan Ayckbourn, who created characters and scripts for the museum guides. Each guide assumed a fictional persona, based upon a different historical period. 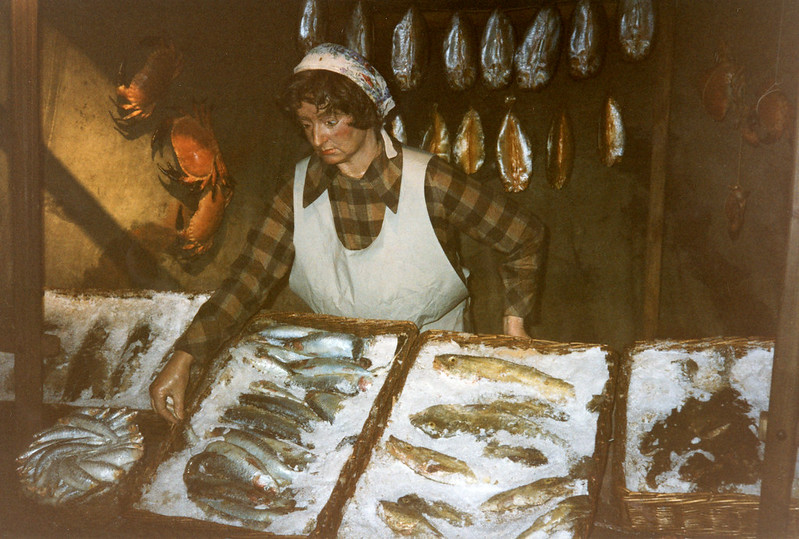 Millennium lasted almost a decade, eventually closing in 2001. It was particularly popular amongst children and schools, and even featured in the famous children’s television show Blue Peter. Strange to think that its early days were overshadowed by the tragedy of Holbeck Hall; the latter commemorated by an information board close to the site, whilst the former – the illustrious Millennium Museum – is now confined only to memory.

Above: The site of the landslip has since been re-landscaped (source)

Having said that, a road sign on Falsgrave Road still includes Millennium – a touching oversight that generates an unexpected tribute to the former museum and tourist attraction.

Do you remember Millennium?

All of the above information was sourced from old local newspaper articles held in the Scarborough Room at Scarborough Library.