Scarborough currently has two functioning cliff lifts, or funiculars, as they are otherwise known.

One is located near the Spa, and the other at St. Nicholas Cliff, taking visitors from the seafront to the shops.

The former has been in operation since 1875, following the creation of the Scarborough South Cliff Tramway Company Ltd in 1873. This organisation was responsible for giving the UK its first ever funicular. Two cars, running in opposite directions, took passengers from the seafront to the Esplanade and back again, and the route was (and still is) conveniently located near the Scarborough Spa. 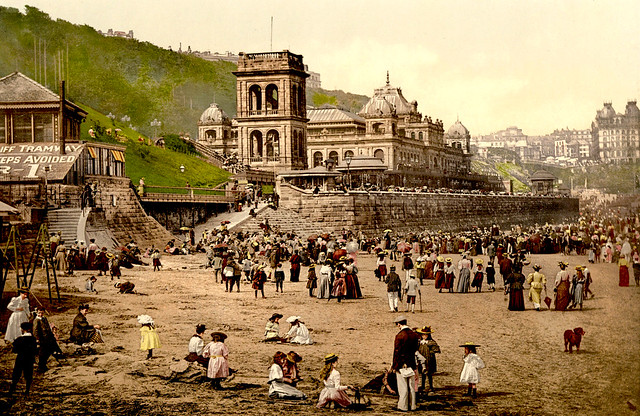 Above: The tram stop near the Spa is clearly advertised on the left of the picture (source)

Each car can carry fourteen passengers, and the route became known as the South Cliff Lift. The attraction was bought by Scarborough Council in 1993 and is now fully automatic. 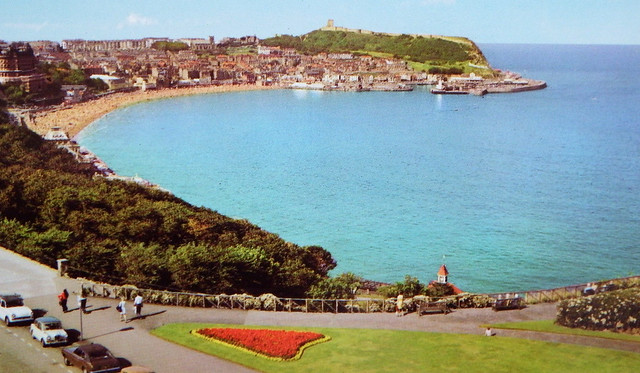 Above: The tram stop on the Esplanade is just beyond the outer left edge of this postcard (source)

Following the success of the South Cliff Lift, the Scarborough Queens Parade Tramway Company formed, in 1878, intent on creating a similar attraction for Scarborough’s North Bay. This funicular project was, however, fraught with problems. The railway was designed to link the new Promenade Pier (which opened in 1869) to the top of the North Cliff, but its opening in August, 1878, was thwarted when a carriage broke loose. This was followed by numerous accidents and technical failures, and eventually a land slip in 1887, which led to the permanent closure of the route. Eighteen years later, the nearby Promenade Pier also closed, after being destroyed by a storm in 1905. 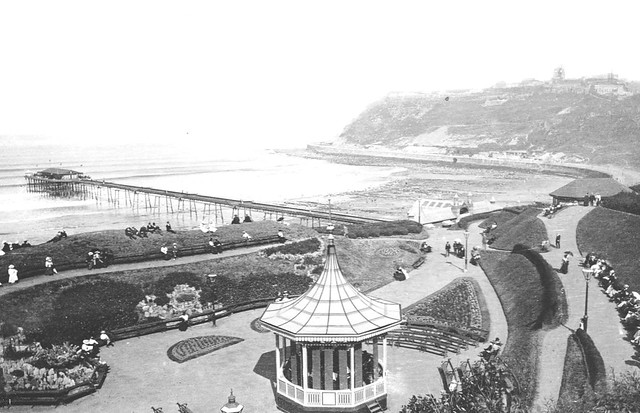 Above: The ill-fated North Bay Promenade Pier during the late 1800s (source)

However, it was not all doom and gloom for Scarborough’s funicular railways. The Central Tramway, sandwiched between the Grand Hotel and what is now the Olympia Amusements site, began taking passengers from August 1881. 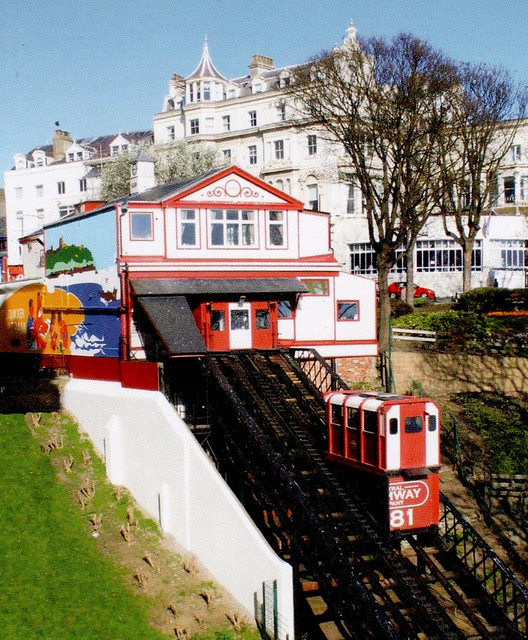 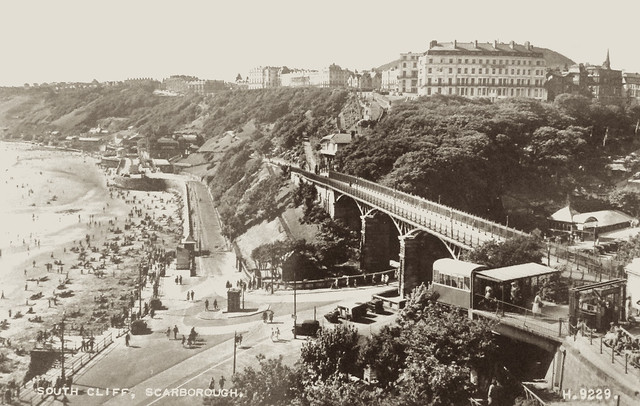 Above: The lift enabled passengers to travel between Gala Land and the Grand Hotel (source)

Initially the lift did not have a bottom station, and passengers simply boarded carriages directly from the pavement. 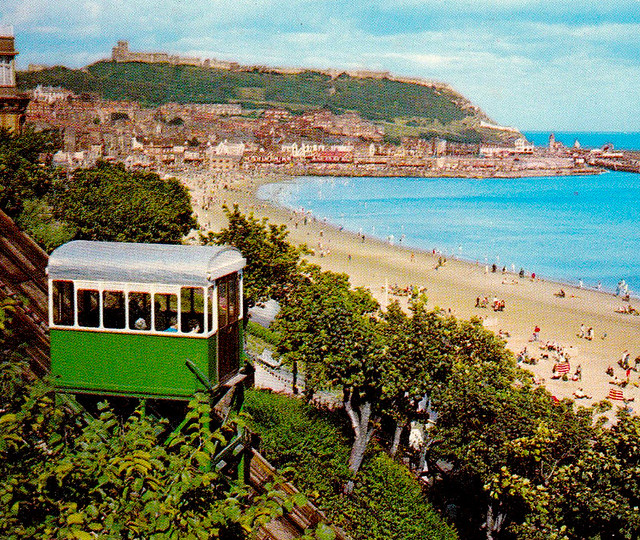 This lift closed in 2007, as the council could not afford the necessary upkeep costs to meet health and safety standards, and the station has since been developed into a cafe. 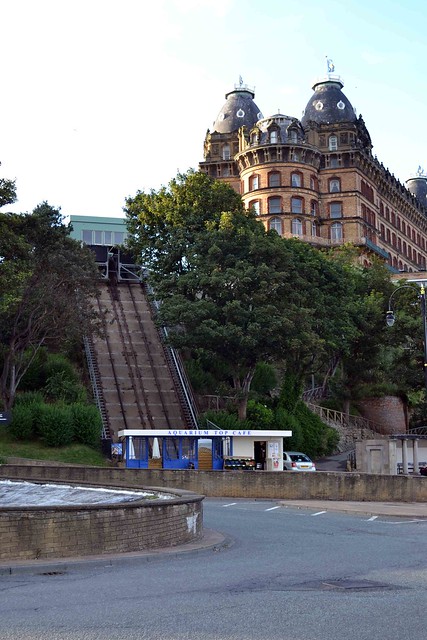 Above: The old cliff lift station in 2014 (source)

The North Cliff Lift, situated at Peasholm Gap, opened only a year after the St. Nicholas Cliff Lift, and was part of the Scarborough Corporation’s development of the area, which included the opening of the Corner Cafe only a few years previously, and the North Bay Bathing Pool (originally opened as a boating pool in 1935) in 1937. 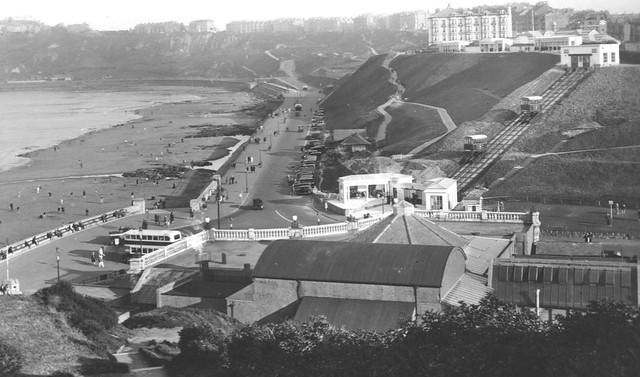 Above: The North Cliff Lift during the early years of operation (source)

This lift ran until 1996, after which it was eventually dismantled and the carriages placed in storage.

Above: Comparison chart for the different routes

Have you ever used one of Scarborough’s funiculars?